Irrespective of the kind of business you do, a large number of people need to know about it for you to remain in business and keep it profitable – By Ranti Adedeji

You have heard several times that “Content is King” but in recent times, content might have been deposed by publicity as evidenced in current trends in business. Specifically, the volume of publicity and huge amount of money being spent on publicity campaigns are in support of this new development. Besides, new dimensions and methods of publicity are, daily, being developed by business owners to reach target audience.

Publicity tends to have become the back-bone of a good content. Not many people would disagree that good content; no matter how strong, is of no use if only known to a handful of people. In fact, a less powerful content if given enough publicity, would be perceived, and invariably, accepted as the best. Similarly, a powerful content given a strong publicity backing would maintain its foremost status and easily win the heart of the audience. This was the case with the Lion, king of all animals.

Have you ever thought about why the Lion is crowned the king, in the animal kingdom? After all:

The Lion is not the strongest; but the Elephant.

The Lion is not the fastest; but the Cheetah.

The Lion is not the most beautiful; but the Zebra.

The Lion is not the tallest; but the Giraffe.

The Lion is not the wisest; but the Tortoise.

Remember, in those moonlight tales, the Tortoise has solutions to all problems and always find a way out of all situations, even though, in very cunning ways. Yet, today, it is regarded as the “wisest” among the animals.

Despite all these, the Lion is made the king of animals. Do you know why? Then, in the animal kingdom, the Lion was fond of announcing its arrival with a roar. Whenever, it wakes up in the morning, it roars to everybody’s hearing. The animals know it is going out by its roaring; when it is hungry, it roars to everybody’s hearing in a scary way that makes all animals to scamper into safety. In the evening, it roars profusely before going to sleep.

So, when it was time to choose a king, he needed little efforts where other animals were exerting their energy and resources for emergency publicity campaigns. His sole campaign strategy was to roar before them in order to remind them of its habits. No wonder he was unanimously crowned the king of animals.

Today, there are some service providers and product manufacturers who have cultivated the habit of constant publicity, in various forms, even from the inception of their business. Their product/service often gets public attention ever before it is launched and remains in public view; hence mass acceptance on arrival.

Have you ever wondered why only few people know about your business? This might be due to the fact that you do little or no publicity for it. Even words of mouth, which is a very strong publicity tool; when last do you tell a new person about your business? When last do you send sales message to potential clients/customers using bulk SMS or Emails to inform them about your product/service? What your visibility on Social Media? Strange enough, a large number of people who claim to be in business do not have Website, where they could provide prospective customer/client with regular information about their product/service.

Although, publicity has not only become easier on the Internet, it also much cheaper and cost-effective, however, the importance of convectional media like Radio, Television, Newspapers and Magazines could not be underrated. This is because some decision-makers in the business environment are simply “glued” to these methods. So, if you can only reach your target audience through any of these; go for it.

You can start now; since it is never too late. It would go a long way to stop your business from avoidable struggle for survival and help to forestall preventable gradual crash.

We provide you with information regarding which publicity idea that is good for your kind of business within minimal budget. You can contact: 08137843401 or 08137843401

5 Things that would boost your business in 2018 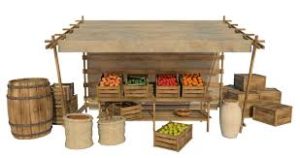 5 Things that would boost your business in 2018 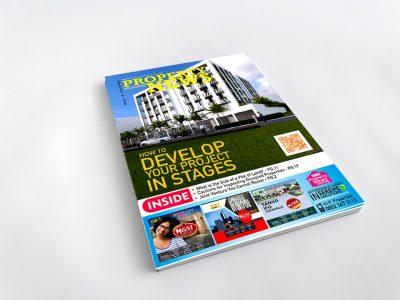 THE MAGAZINE IS HERE